The first name of the winery, from its foundation in 2005 until 2016, was PODERE IL POGGIO, that is the historical name of our plot of land. The Poggio is an appropriate name, as the estate really extend on top of a “poggio”, that in Tuscan means hill.
But since Tuscany is formed of thousands of hills, this name appears overused and unoriginal. 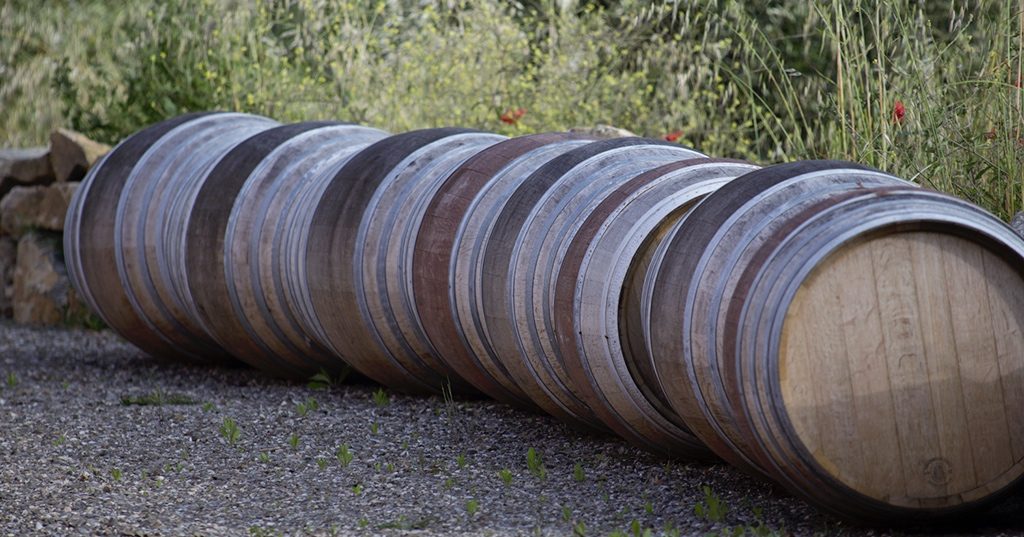 Since 2016 the name has changed to TENUTA TONDAIA.
About TONDAIA…
The main reason was the need to differentiate ourselves, becoming recognizable. The old name was made up of two words, “Podere” and “Poggio”, which were too common and banal. At the same time, there was still the need to maintain a strong link with the world of wine. I thought it over for a long time, searching for a new name, which could be evocative and unique at the same time. So, one night several months ago, while I was cradling my baby girl, I realized that the principal geometric form, and most widespread in the world of viticulture and wine, is the form of the circle…the sun and the earth (so important for the vineyard) are round, berries are round, the wine vats and wooden barrels are round, bottles and caps are round, a drop of wine on the table is round. Hence the idea of Tondaia, that is round, or how we say in the Tuscan slang “tondo”, a fancy name that celebrates the “tondo – rounded” character of the viticulture and wine. This is the story of my choice.